If you or a loved one is suffering from memory loss, a new FDA-approved treatment may be just around the corner for Alzheimer’s disease. Could an amyloid-targeting therapy finally be poised for approval?

For more than a quarter-century, researchers have targeted amyloid, a protein that clogs the brains of many Alzheimer’s patients. It was first spotted by Alois Alzheimer in 1906 but didn’t become the focus of drug companies until forms of the disease were linked to amyloid buildup in the 1990s.

Biogen and Eli Lilly are both conducting clinical trials based on the much-debated hypothesis that beta-amyloid plaques are the cause of Alzheimer’s. In clinical trials of one drug, results slowed down cognitive decline by 32 percent, compared to a placebo.

Despite uncertainties with aducanumab and donanemab, both drugs represent hope in finding a treatment for Alzheimer’s based on the amyloid hypothesis.

UsAgainstAlzheimer’s website states, the FDA advisory committee in November concluded that there was not enough evidence to support the effectiveness of the experimental drug, saying it was not “reasonable” to consider the research presented as “primary evidence of aducanumab for the treatment of Alzheimer’s disease.” Yet in testimony before the panel from those afflicted with Alzheimer’s and participants in an aducanumab trial said the Biogen drug showed significant improvements in slowing cognitive decline and was a ray of hope on a bleak horizon.

The FDA is now considering the panel’s opinions regarding aducanumab. While a decision had been expected by early March, the FDA has extended its review from March until June. It could approve this new disease-modifying therapy for use, or it could require additional clinical trials and studies that could delay approval for several more years.

Donanemab banished plaque from the brain in a majority of participants in the trial, while nudging down the rate of neurofibrillary tangle accumulation in the frontal cortex and other regions. It slowed their decline by an average of 32 percent on a combined cognitive and functional measure. Full results were published March 13 in the New England Journal of Medicine (Mintun et al., 2021).

According to an article in AlzForum, most Alzheimer’s researchers welcomed the findings. “This was the first [disease-modifying] AD drug to meet a clinical endpoint in a Phase 2 trial,” noted Ron Petersen of the Mayo Clinic in Rochester, Minnesota. Michael Weiner of the University of California, San Francisco, found the broader implications encouraging. “In my view, together with data from other trials, this study strongly confirms the ‘amyloid hypothesis’ and demonstrates that treatments aimed at amyloid can slow cognitive decline and modify the progression of AD,” he wrote.

At the same time, researchers emphasized that, as with other anti-amyloid immunotherapies, the cognitive benefit was small. “The donanemab story is the most encouraging news on the amyloid front, ever, but whether the effect size is clinically meaningful is questionable,” David Knopman at the Rochester Mayo clinic wrote to Alzforum. 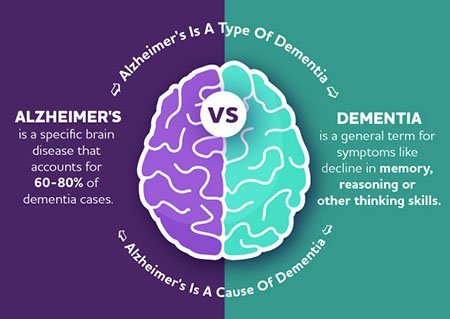 Occasional lapses in short-term memory are a normal part of the aging process. For most people, they are not a warning sign of the onset of Alzheimer’s or dementia.
• Do you occasionally forget where you left things?
• Do you forget names or call a granddaughter by your daughter’s name?
• Do you sometimes walk into a room and forget why you entered?

These types of memory lapses are normal with adults and generally are not considered warning signs of dementia. Age-related memory changes are not the same thing as dementia.

As you grow older, it takes longer to learn and remember information. You’re not as quick as you used to be. You may mistake the slow mental processes for memory loss. But if you give yourself time, the information will probably come to mind. That’s why it’s important to know the difference between normal age-related forgetfulness and cognitive decline.

Your lifestyle, habits, and daily activities have a huge impact on the health of your brain.

Do you or a loved one suffer from memory loss? Do you want to talk with a board-certified neurologist about Alzheimer’s disease? Schedule an appointment with Neuro2Go.